Why I stay in the United Methodsit Church

Posted on March 29, 2009 by ashleealleycrawford 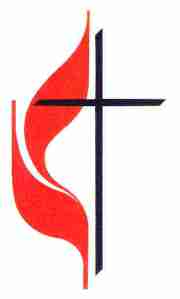 Several weeks ago now, Jenny Smith posed the question, “Why do you stay in the United Methodist Church?” Many others have posited their answers and I’ve decided that it’s time for me to throw mine out there.

1. Wesleyan Theology is the actual reason that I became United Methodist. I actually grew up American Baptist in a congregation that was probably more like a Southern Baptist congregation. Undercurrent themes of “once saved, always saved,” “right” (or righteous) behavior and God’s omniscience permeated the faith of my childhood and adolescence. Unintended though it may have been, the faith of my youth was one that was pretty focused on doing the right things. Sure, I saw love exhibited, but my developing spirit identified this to be a love that was conditional on the right behavior. As I went to college, I chose a small United Methodist college that had an excellent biology program, as that was my intended major. My mom was all for it! She had grown up Methodist and had actually wanted to attend Southwestern when she was my age. The first Sunday that my twin sister and I were away at college, we decided to attend one of the local UM churches with some of our new friends. The second Sunday we were going to go alone to the American Baptist Church (which is right next door to FUMC, even sharing a parking lot) and when we discovered that it had already started, we went instead to FUMC which started 5 minutes later. That Sunday was youth Sunday and I was hooked! I saw that the youth had a ministry within the church and were willing to share of their faith. Before long, the youth pastor had asked me and several other students to start working with the youth group and I have been a regular worshipper at a UM congregation ever since. Fast forward a few years from the fall of 1994 when I started attending a UM church and you’ll find me in seminary, still worshipping in a UM congregation, but not claiming that I was United Methodist despite the fact that I loved the idea of prevenient grace (which was what I identified to be the most distinctively Methodist theology at that time). It was not until I took a class on Wesleyan Theology that I realized that I actually loved the theology of John Wesley! Every sermon I read was my favorite…until I read the next one! His “heart-warming experience” warmed my heart, too, especially when I realized that he could bring together my own understanding of the importance on doctrine, personal piety, and love for others, especially the outcast. In studying the theology of John Wesley, and then later, UM Theology, I realized that I had truly been “home” all along. Though sometimes I’m jealous of someone with a long Methodist heritage, I feel blessed to realized that inasmuch as I feel like the UMC found me, I feel like I found the UMC. I still make that choice today.

2. I feel called to the United Methodist Church. During a time right after college, I was working for Fellowship of Christian Athletes. I was on a plane coming from an FCA training event when my seatmate, who was reading the Bible when I settled into my seat, started talking to me about my faith. He asked what church I went to and I told him that while I wasn’t a member, I worshipped at a United Methodist Church. He very loudly said, “You aren’t a lesbian, are you?” Flustered at both his pointed-ness and his decibel level, I stammered, “Uh, no! Just because I’m Methodist doesn’t mean that I’m gay!” You see, once again, we had just been in the news for our tension over homosexuality in the church. I was disheartened to hear that while there was much that the news could have reported that the UMC did that was positive, this man (who I’ve affectionately dubbed Fred Phelps’ cousin in my memory banks) pulled out what is certainly not one of our prouder distinctives—our ongoing struggle about homosexuality in the church. However, during that conversation I found myself defending that while we have our struggles within the UMC, on our best days, we are committed to staying in relationship with one another, despite the fact that our diversity causes us pain. I acknowledged to F.P.’s cousin and still do today, that our diversity is not without its challenges. There are a few things about the UMC that grieve me, but among the worst is when the world to which we are witnessing sees us fractured, exposed, and fighting. Looking back, it was in this conversation close to 10 years ago that I can begin to see God calling me to the UMC. I remember thinking (strangely) that I wanted to help the people of the UMC through these challenging times. I am certain that I did not have an overestimated sense of my own contribution, but somehow I felt in that moment that the challenges of the UMC were my challenges, too. For me, the beginning of being called to the UMC happened in that weird conversation on an airplane.

3. I see great hope in the people called Methodists. Now, I must qualify that remark. I see great hope in potential of the people and I see that the people have great hope. However, I am not blind to the fact that our numbers in the American UMC are diminishing and that sometimes we lose sight of the stated main focus of our church (to make disciples of Jesus Christ for the transformation of the world). Some make take exception to my last statement, but I often think that we’re pretty caught up in issues that are not central to being disciples and making disciples. However, when I read Eric VanMeter’s latest commentary in the UM Reporter, I was reminded that while I’m inspired by the heritage of the UMC, I’m more interested in the legacy that we could leave.

If the best things we’ve inherited, however, become tools to infuse new life into the United Methodist Church, then our heritage will continue to thrive. Our spiritual fathers and mothers passed down to us a concern for the poor, a heart for service, a commitment to holiness and the courage to confront our problems with wisdom and creativity.

Still, the best things about us as the United Methodist Church are not found in our tradition. They’re found in our trajectory. Our life is not tied to the heritage we’ve received, but to the legacy we leave.

Amen, brother! I see the stirrings of people all over the church, people who sometimes challenge us by making us confront our failures and people who, with a theology rooted in grace, remind us that we have much work left to do and we can actually start to make an impact. We do have a wonderful heritage. But I for one think that our heritage must impel us forward into that trajectory that is rooted in Scripture, articulated in our Methodist doctrines. It is a faith that is not intended to stay in the church service on Sunday morning, but is sturdy enough to carry us into the streets, schools, boardrooms, and even the bars. There are many who have this hope and I hope that the many will respond. I may be particularly biased in seeing this hope. I now get to work in campus ministry at my alma mater with college students who exemplify that hope every day (and a few who even want to join us in ministry in the UMC).

I could go on with other reasons why I stay in the UMC such as the connection that I’ve experienced locally, nationally, and globally or the concern for the least, the last and the lost that permeates our work in the world. There are many other “family resemblances” that I could name, but the theology, the call, and the hope are what got me here, and will keep me here. God is at work in the UMC and I’m so glad that I get to be a part of it!

I am the Clergy Recruitment and Development Coordinator for the Great Plains United Methodist Church. I particularly enjoy helping people see what God is calling them to do and knowing how to respond to that. I'm an ordained deacon in the UMC. When I'm not deacon-ing, I run, or read, or spend time with family or friends.
View all posts by ashleealleycrawford →
This entry was posted in Campus Ministry, Southwestern College, UMC, umyc. Bookmark the permalink.

12 Responses to Why I stay in the United Methodsit Church

Leave a Reply to John B. Cancel reply